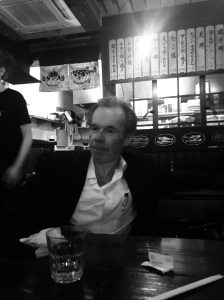 I’m an independent scholar and author of a dozen books and numerous articles, essays and reviews in The Nation, Harper’s Magazine, New Left Review, Adbusters, The Guardian, Literary Hub, Brooklyn Rail, Radical Philosophy, Monthly Review, Jacobin, and Dissent. My books have been translated into French, Spanish, German, Dutch, Turkish, Polish, Russian, Chinese, and Korean. I have a doctorate in Human Geography from the University of Oxford and spent decades teaching and writing about urbanism, social theory and literature, both inside and outside of a conventional university setting. I’ve also published three intellectual biographies on Henri Lefebvre, Guy Debord, and John Berger, a popular existential travelogue, The Wisdom of Donkeys, and a manifesto for liberated living, The Amateur. I’m a frequent speaker at scholarly, literary and political events on and off-campus. Over the years, I’ve led a somewhat nomadic existence, residing in the UK, the US, France and Brazil. I’ve tried to live, think and write, as my one of my heroes James Joyce once said, “in the broadest way immarginable.” My latest book, Marx Dead and Alive, is forthcoming with Monthly Review Press later in 2020.

“Andy Merrifield is a wizard and a poet and an inspiration” —Kalle Lasn, Editor, Adbusters

“A man who wants the truth becomes a scholar; a man who wants to give free play to his subjectivity may become a writer; but what should a man do who wants something in between?” —Robert Musil, The Man Without Qualities